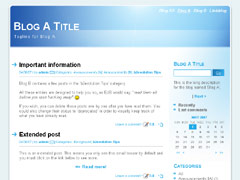 This is a beta version but as it is built on top of the super stable version 1.9.3, we're pretty confident that it is stable already. However there have been enough antispam core changes to warrant this a beta label just in case some side-effects would appear.

This version contains features we could easily release without waiting for 2.0. So why wait? ;)

There are 3 main improvements in this version:

As always, we included as many little bug fixes as possible.

There is no diff file. We only do diffs for minor upgrades. This one requires to follow the normal upgrade procedure outlined in index.php inside of the ZIP file.

I just upgraded to a new laptop, upgraded my systems to Vista, my mobile phone to E50 and I guess its time to upgrade my blog to Miami. :-) :-)

I’m installing Miami on a new portal I’m building for my Alma Mater. Its one of the oldest colleges in India (1837) and I’m also planning to place a prominent link to b2evo on the portal pages.

Havent been able to upgrade my own blog since 1.86 cos of biz committments. Guess I shld simultaneously do that too.

Keep the Part Alive, Mr.Planque. We owe you one :-)

Woohoo great now I know what to do in thos weekend :) Time to upgrade. Thanks for the great work!

its time to upgrade my blog to Miami.